Last Sunday I had my first heckler. I knew I was going to get heckled, he had heckled everyone else before me, apparently he is a regular at the comedy nights at Hyem in Heaton (this one called Pandamonium and run by Rory McAlpine), easily recognisable with his Celtic top and Celtic flag draped over his table. He is a true case of someone who craves attention in a bad way. Well Mr Heckler man, this blog post is about you, I hope you're happy. 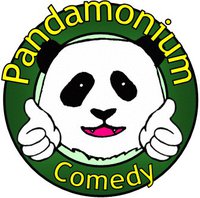 The entire night was amazing, the venue is fantastic and the audience was brilliant, with one exception. The most impressive thing was how every act dealt with the heckler, and I mean properly dealt, as in he shut up after each act had successfully put him in his place. It's like he was sent to test us. He shouts one or two things and then stops if he feels you have passed. I personally enjoyed my heckle experience, it felt like good practice. That is not to say however that I would want him to turn up again, no one wanted him there and no one ever will so long as he keeps shouting like he does.

The other comedians seemed really impressed with how I handled him. Rather than take the usual approach of using put downs directed straight at him, I started off by defending the fact he was just trying to have a good time which was shortly followed by him exclaiming he was "Just waiting for a bus" (which to be honest made my life too easy) and was concluded with someone else from the audience telling him to shut up and the heckler shouting back. I took said opportunity to take sides with the heckler and direct my 'put downs' towards the audience member in some sort of unconventional role reversal. Never the less, I don't think Mr Heckler had any idea what was going on and I was greeted with waves of applause and a now silent heckler (who proceeded to shake my hand as I walked back to my seat as if to say "good game, sir") I concluded my set to what felt like the best audience I've had yet, to then go home on the highest of highs. Mr Heckler, you have given me one hell of a night to remember, and I thank you. Just don't do it again!
Posted by Graham Oakes at 22:11